Miss America crowned its newest winner, Miss America 2017 Savvy Shields, on Sunday. Shields is just the third Miss America to hail from Arkansas since the pageant began in 1921.

For coming out on top in a competitive field of 52 women, 21-year-old Shields won a $50,000 college scholarship.

The Fayetteville native is a senior at the University of Arkansas and she's a Goodwill Ambassador for the Children’s Miracle Network Hospitals.

Health is at the top of her concerns, which is reflected in her Miss America platform: "Eat Better, Live Better."

What else does the new Miss America offer? Here are a few more details about Miss America 2017 Savvy Shields:

SEE ALSO: The new Miss America has advice for Trump and Clinton: 'Compromise'

Shields is a member of the University of Arkansas' chapter of Kappa Kappa Gamma.

An accomplished dancer, Shields performed a jazz number from the TV show "SMASH" in the Miss America talent category.

During the competition, Shields admitted she has a burning desire to work with Beyoncé.


She once battled with unhealthy eating, and is educating others about nutrition.

It might be hard to think that Shields ever had a problem with eating healthy foods. But she's only human and said she began to make bad food choices in college, which led to bouts with health problems.

That's part of the reason she chose her "Eat Better, Live Better" Miss America platform. She wants to educate others about healthy eating.

"I think sometimes healthy eating and a healthy lifestyle comes with negative connotations and scary connotations,” she told Fayetteville's KSFM. "So my thing in learning about this process, the only thing I need to learn is tactical and tangible ways to do so."

PR 180 - Suddenly acting strangely - random on and off 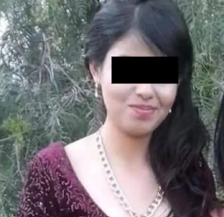 Veterinary student from Zacatecas was kidnapped, tortured and murdered after...