Jason and Julie Buckley have diligently tracked their pennies for years.

At first, it was part of their strategy to minimize everyday costs, pay off their mortgage, and invest in passive index funds. But eventually, the pair discovered they could afford to take up to two years off work to travel.

In 2011, the Buckleys set off to tour Europe and North Africa in their motor home, earning passive income from renting out their residential properties at home in Nottingham, England.

When their funds ran dry after two years, they returned to work — Jason as an IT project manager and Julie as a marketing manager — and quickly devised a plan to take their lives on the road full time.

Shepherded by meticulous spreadsheet estimates, they retired — both aged 43 — in September 2015 to travel indefinitely. They had about £30,000 (~ $36,800) in cash savings with the remainder of their net worth invested in rented-out residential property, private pensions, and investments including ETFs and bonds, Jason told Business Insider in an email.

"We developed a strategy to avoid living off savings. In theory, and in practice so far, our savings will increase over time," he said. Currently, the couple lives off of cash flow from investments — rental income, dividends, and interest — as well as advertising and book sales on their travel blog, which they spend just two hours a day maintaining.

Thanks to the low costs of living in a motor home, which enables them to visit expensive countries "for a fraction of the cost," their budget is a modest £15,000 (~ $18,400) a year. "We've tracked our spending for so many years it's almost become second nature, knowing how much we can spend, but still we track where the money's going to the nearest cent," Jason said.

The Buckleys have been traveling nonstop for 10 months now, though they keep a room in one of their homes open for intermittent returns.

"Our latest tour ... took us high into the French and Italian Alps for winter, down to the beaches of Croatia, up through the old ex-Soviet countries to Finland, further North to the top of mainland Europe at the North Cape in Norway, down the fjords and over to Sweden then Denmark," Jason said. "We're currently heading home for a short time before turning South for Spain and Morocco for the winter."

Jason said the couple occasionally discusses taking on full-time work, but hopes to continue traveling well into the future.

"The sensation of freedom is intense, once attained, and giving it up again isn't easy!" he said.

Below, Jason and Julie share the spreadsheet models they used for reaching financial independence and planning for their years in retirement. These spreadsheets do not include the Buckley's exact figures, but instead represent the formula they used to achieve early retirement and how they plan to sustain it for decades to come.

Access a test copy of the Buckleys' spreadsheet to follow along, or to make a copy of your own.

DON'T MISS: A man who retired at 34 shares a spreadsheet that helped him get there

In this sheet, the Buckleys list their variables, which allows them to adjust for changes in things like cost of living.

Jason's and Julie's assets and income are evenly split between them to make the most of the UK tax-free income threshold. "Since we don't have a high income, tax should be negligible for the first decade or so. After that we'll pay income tax and when we sell assets, some capital gains tax," Jason said. This spreadsheet, which lists their income and expenses, represents the viability of retiring early, Jason said. The row labeled "variance" at the bottom indicates what should be left from income streams after paying living expenses.

The numbers here are for example purposes only, and don't reflect the Buckleys' own finances.

"On our version of the spreadsheet the numbers are green, but they only turned green once we'd built up enough passive income and reduced our costs," Jason said. For example, last year their expenditures were £7,000 (~ $8,554) below their income, part of which came from "one-offs" like selling a car.

The Buckleys have 11 years until their private pensions — essentially the UK version of a 401(k) — will start paying out. The amount will increase when they reach age 67, although Jason says they'll only be eligible for partial state pensions, comparable to social security in the US.

To cover expenses prior to that, they've invested in residential property, shares, and roof-mounted solar panels, which generate government-paid feed in tariff payments. To maintain passive income from the rented-out properties, the Buckleys pay local management agents to service their tenants.

Jason and Julie are UK residents, so the national health service will cover any costs related to health, Jason said.

For both this sheet and the next, the Buckleys include estimations through age 85 in the year 2057. This spreadsheet represents how much the Buckleys would have in cash if they sold everything they own and paid off all liabilities. The model at the bottom shows how many years they could live for if they "liquidate everything and just started burning through the cash."

But, Jason said, for the next decade they plan to restrict themselves to just living on the cash flowing from investments and ignore any capital or market increases in the value of properties, pensions, and shares.

"At some point we'll need to increase our spending rate significantly in order to ensure we die broke, as we have no children to leave money to," Jason said. "In other words, instead of taking a 'pay cut' when we hit 'retirement age,' we'll get a pay increase."

If you're aiming to achieve early retirement, Jason and Julie suggest educating yourself financially and putting your plan on paper, tracking spending and cutting all unnecessary costs, and investing.

"As your costs come down, and income from your investments gets re-invested in more investments, at some point you will experience the bewildering and joyful moment when your wealth starts to spiral upwards," Jason said. "At that point your freedom is all but inevitable." 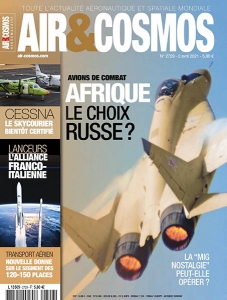